Did your favourites make the cut? The most underrated characters in Game of Thrones
By: Andrew Slock On: May 13, 2019

They’ll never sit on the Iron Throne, but they’ll always have a place in our hearts.

We’re a few episodes into the final season of the world’s most beloved TV series, Game of Thrones. Longtime fans and newcomers alike are tuning in every Sunday night, sitting at the edge of their seats. The iconic opening theme song fills their hearts with pounding excitement as the camera pans across the sprawling map of Westeros. Some are rooting for their favourite character to seize the Iron Throne, while others just hope they survive the epic battles to come.

Of course, everyone loves series mainstays like Jon Snow, Daenerys Targaryen and Tyrion Lannister. But what about the roster of supporting characters we sometimes forget about? There’s a long list of people, both dead and alive, who’ve had a huge impact on the show. They’re well-written characters, portrayed by amazing actors. And without them, the show might not be so special. This one’s for them.

Read on for the most underrated characters in Game of Thrones. 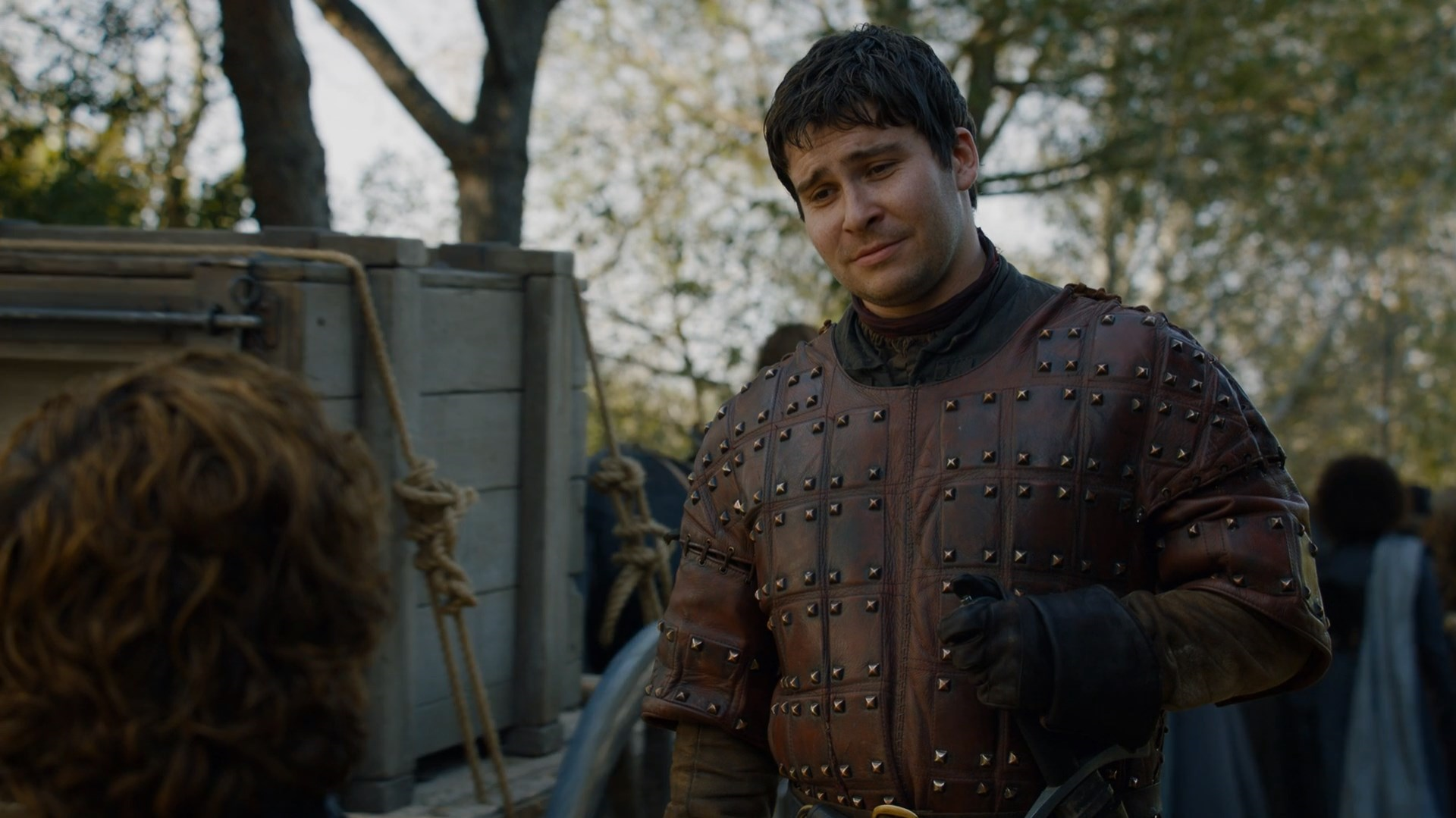 Memorable quote: “I killed a man. A Kingsguard.”

While Podrick doesn’t look like much, he’s actually a capable squire who’s developed a lot over the course of the show. Thanks to Brienne’s training, he’s become a skilled swordsman with a strong sense of honour and duty. Not to mention he saved Tyrion’s life and helped Brienne save Sansa and Theon’s lives as well. 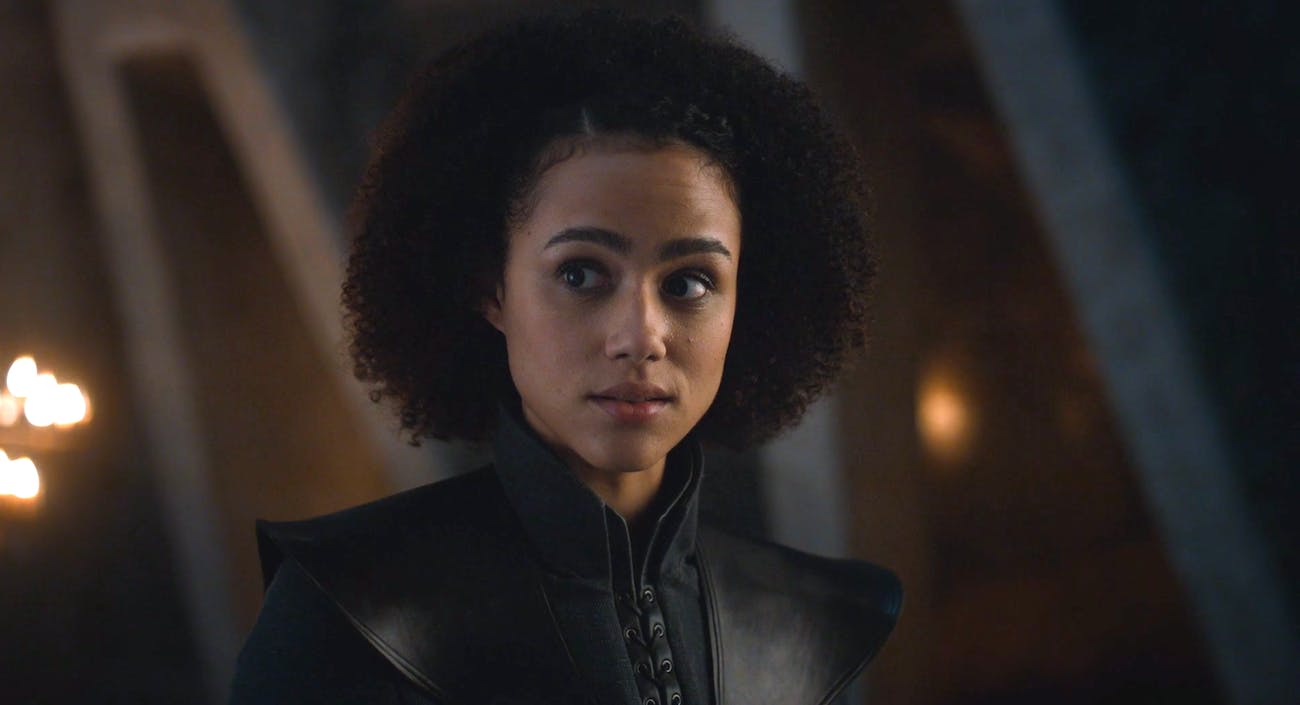 Memorable quote: “Two translators are on a sinking ship. The first says, ‘Do you know how to swim?’ The second says, ‘No, but I can shout for help in 19 languages.'”

Missandei was one of the most loyal and intelligent characters in Game of Thrones. She spoke 19 languages, including High Valyrian, and had endured life as a slave since she was a child. Since Daenerys granted her freedom, she chose to embrace the important role of interpreter and adviser to the Mother of Dragons. 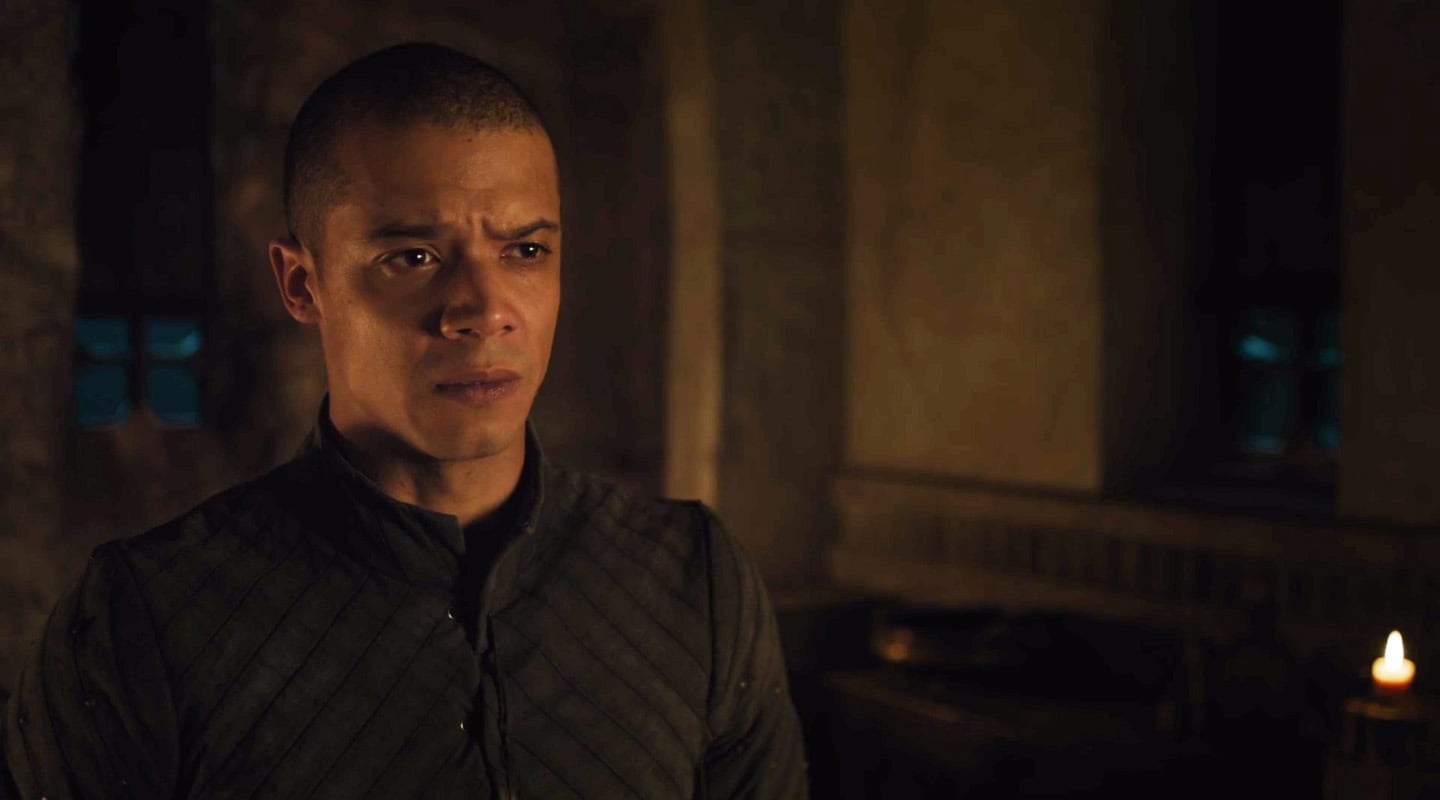 Memorable quote: “‘Grey Worm’ gives me pride. It is a lucky name. The name this one was born with was cursed. That was the name he had when he was taken as a slave. But Grey Worm is the name this one had the day Daenerys Stormborn set him free.”

Grey Worm is the most fearless warrior in all of Essos and Westeros combined. As leader of the Unsullied, his skill in combat is second-to-none. He is instrumental in Daenerys’ efforts to liberate the cities of Yunkai and Meereen. His army, his queen and the slaves he helped save all trust him with their lives. 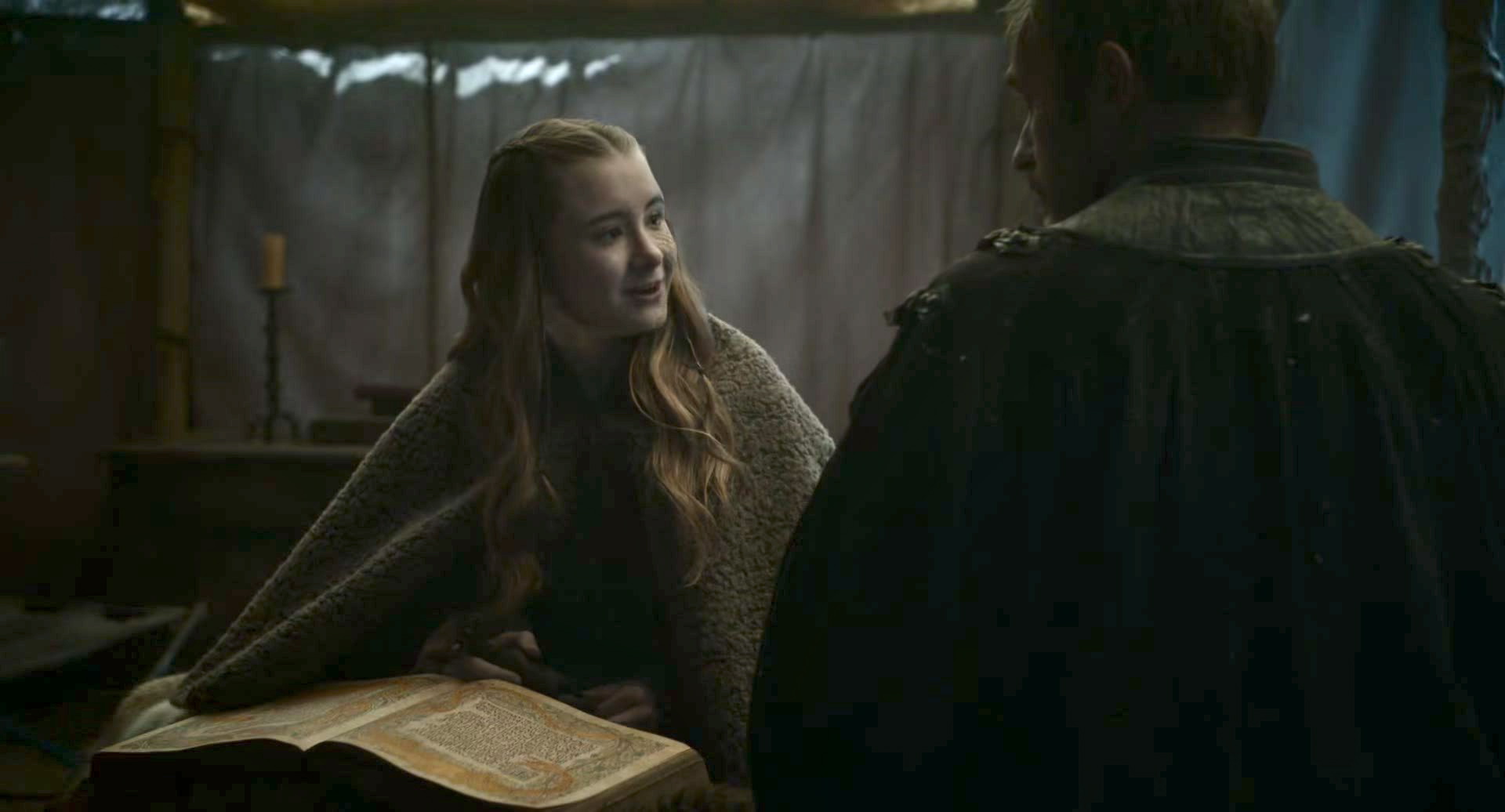 Memorable quote: “I’m the Princess Shireen of House Baratheon and I’m your daughter.”

Having been one of few people to survive the deadly affliction known as greyscale, Shireen learned to be strong from a young age. She was a close friend of Ser Davos Seaworth and helped him become a more capable adviser by teaching him to read. She was the only character in the entire show who was truly innocent. 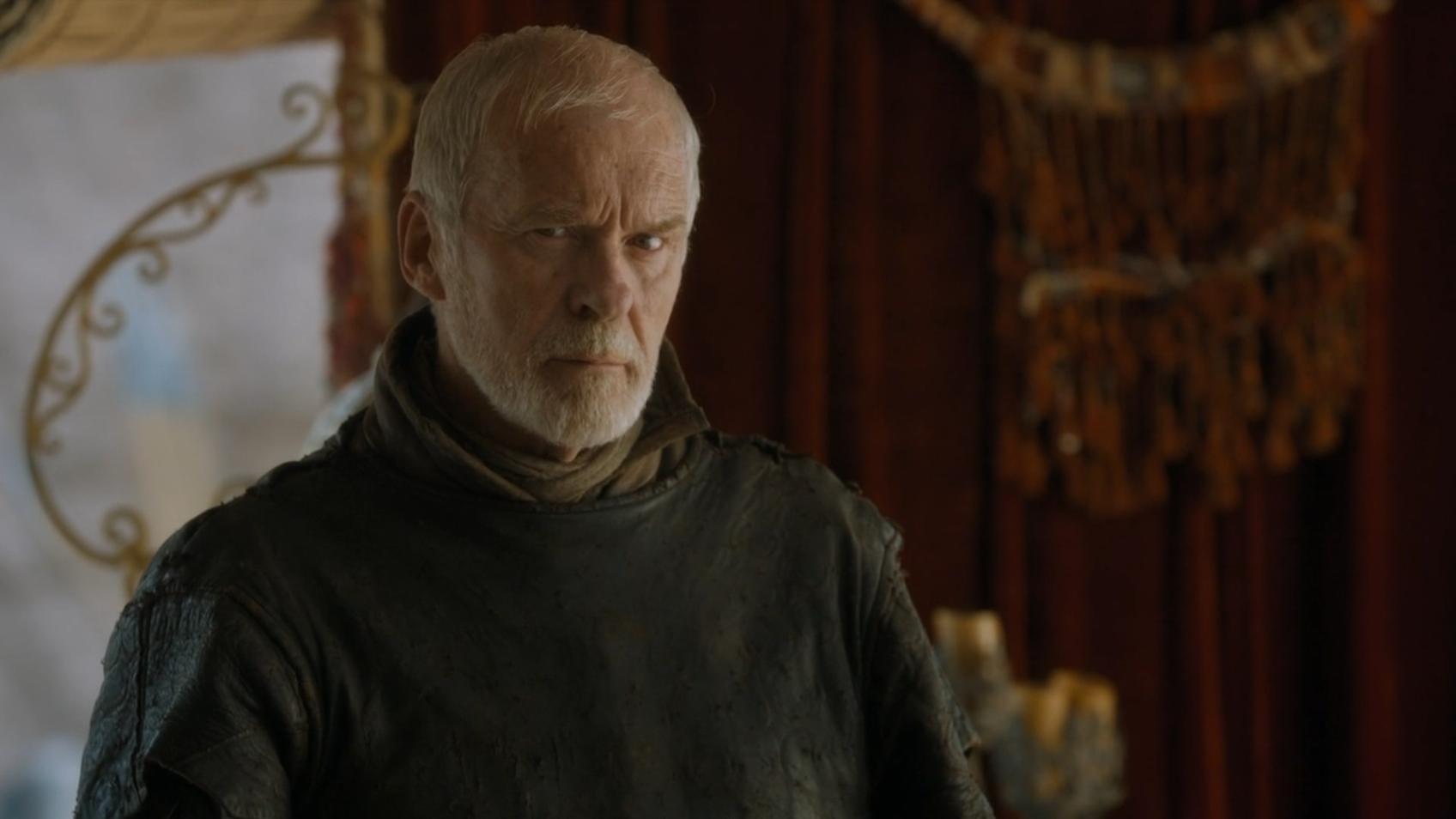 Memorable quote: “Even now I could cut through the five of you like carving a cake!”

Barristan the Bold was one of the most honourable and skilled swordsmen in all of Westeros. He served as an elite bodyguard of the Mad King, King Robert and King Joffrey, but took no pride in it. Only upon sailing to Essos to serve Queen Daenerys did he finally fight for someone he believed in.

Memorable quote: “What is dead may never die.”

Due to all of her brothers being captured or killed prior to the events of the show, Yara became the fierce leader of the Iron Fleet out of necessity. When the Kingsmoot chose her murderous uncle Euron as leader of the Ironborn, she sailed to Essos and formed an alliance with Daenerys.

Allegiance: R’hllor (The Lord of Light), Brotherhood Without Banners

Memorable quote: “We’re here for a reason. The Lord of Light is keeping Beric alive for a reason. He gave a failed drunk priest the power to bring him back for a reason. We are part of something larger than ourselves.”

Thoros was a drunken red priest of the Lord of Light who had the ability to perform pyrokinesis and resurrection. He was Beric Dondarrion’s closest friend, whom he revived six times. If it wasn’t for him, Melisandre never would have learned that resurrection magic was real and Jon Snow would still be dead.

Memorable quote: “The Great War is coming, and I still fight for the living. I’ll do what I can… as long as I can.”

Benjen Stark was First Ranger of the Night’s Watch and Jon Snow’s inspiration for taking the black. He was the only character to become undead while retaining his humanity, free from the Night King’s control. He rescued Bran Stark and Meera Reed from white walkers, and did the same for Jon Snow on a later occasion.

Memorable quote: “Some people will always need help. That doesn’t mean they’re not worth helping.”

Meera was set on the path of helping Bran Stark journey north of the wall by her brother Jojen. Throughout her travels with Bran, everyone in her entourage eventually died, leaving her to protect him on her own. Without her help, Bran never would have fulfilled his destiny of becoming the Three-Eyed Raven. 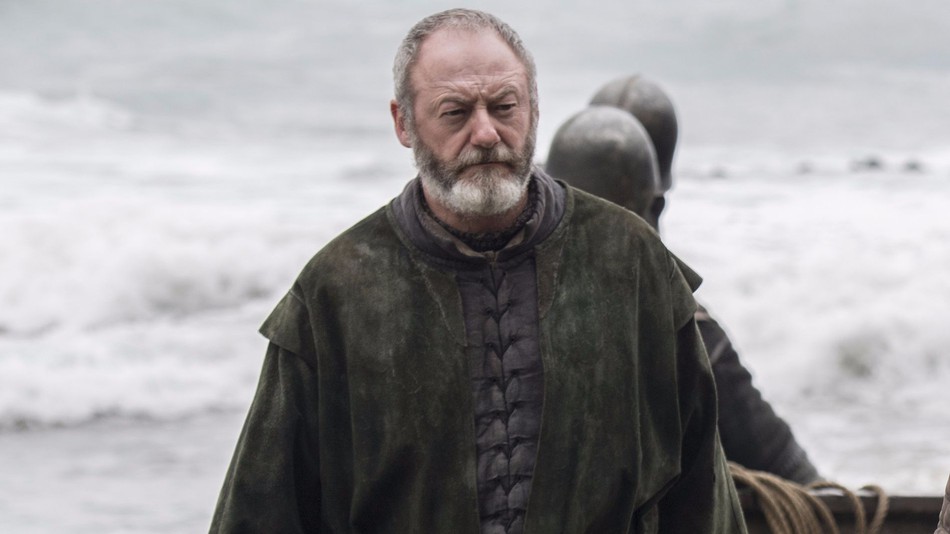 Memorable quote: “I’ve never been much of a fighter. Apologies for what you’re about to see.”

Ser Davos was knighted for his bravery when he prevented Stannis Baratheon, and his men, from starving when he smuggled food for them during a siege. Even though he isn’t a warrior, he has proven to be a man of action. When Jon Snow was killed, he persuaded Melisandre to resurrect him. Since then, he’s been nothing but a capable and trusted adviser to the King in the North.

RELATED ARTICLES
Which iconic Terry Crews character are you?