Like you needed an excuse to get popcorn. The best new movies to watch over summer break
By: Andrew Slock On: April 24, 2019

Get ready to spend some SCENE points!

At last, the semester is almost over. Soon we’ll have sunshine and clear skies every day. It’s so exciting! Good thing I’m here to prepare you for everyone’s favourite summer activity: huddling into a cold, dark windowless space to watch movies on a giant screen. Heck, yeah!

This summer’s movie season is shaping up to be one of the best in recent years. With highly anticipated titles spanning almost every genre, there’s something for everyone.

Read on for the best new movies to watch this summer!

Starring a massive all-star cast, Avengers: Engame is the three-hour long epic conclusion to Marvel Studios’ 22 superhero films and it’s already causing a stir. Cineplex made pre-order tickets available on April 2 to an overwhelming demand that quickly caused its website to crash. Now scalpers are reselling tickets for ludicrous prices on eBay and Kijiji.

I’ve been hyped for this movie since the credits rolled at the end of Avengers: Infinity War. Like most fans, I wasn’t lucky enough to snag tickets for opening night. But I’m just as excited to see it during the opening week. It’s going to be a great way to celebrate the end of the school year!

Starring Charlize Theron and Seth Rogen, Long Shot is about a guy who bumps into his old crush/babysitter and attempts to date her. The only problem is she’s running to become the next President of the United States, which makes things a little complicated. I don’t know what to expect from a story like this, but since Charlize and Seth are cool, this movie probably is too.

Starring Ryan Reynolds (as Pikachu, lol) and Justice Smith, Pokémon Detective Pikachu is about the search for a missing private eye named Harry Goodman. Whether you’re a Pokémaniac or you just think Pikachu’s cute, this movie is bound to please.

Starring Keanu Reeves and Halle Berry, John Wick’s finally back to kick some ass in John Wick: Chapter 3 – Parabellum. The Continental has labelled him “ex-communicado” and placed a $14 million bounty on his head. If you’ve seen the first two movies, then you’re obviously going to see this one. And if you haven’t seen them, what are you waiting for? This is Keanu Reeves at his best.

Starring Mena Massoud and Naomi Scott, Aladdin is a live-action retelling of the Disney classic. The music and visual effects look stunning. But I think everyone is most interested in Will Smith’s performance as Genie. No one can replace Robin Williams’ original portrayal, but I have faith Smith will do the character justice.

Starring Octavia Spencer, Ma is horror-thriller about a middle-aged woman who lets some local teenagers party in her basement. She becomes obsessed with the teens and starts messing with their lives. I think this is a pretty original concept for a summer thriller. It will be especially interesting to see Spencer in a dark and disturbing role.

Starring Sophie Turner, Dark Phoenix is the long-awaited follow up to X-Men: Apocalypse. Jean Grey starts to develop amazing powers that soon transform her into the Phoenix. This alter-ego is the most powerful mutant in the X-Men universe and is basically pure id unleashed. I expect a ton of top-notch action and special effects from this one. Can’t wait!

Starring Chris Hemsworth and Tessa Thompson, Men in Black: International is the fourth movie in the series. Hemsworth is MIB’s top agent and Thompson is the new recruit. They have to work together to uncover a mole among their ranks. It’s kind of weird they keep making these movies, but since Hemsworth and Thompson have proven their chemistry on screen in Thor: Ragnarok, I think it’s worth a look.

Starring Tom Hanks and Tim Allen, Toy Story 4 is a new adventure with a new character. Forky joins the gang on a road trip, and all sorts of antics ensue. What’s interesting about this movie is it’s the first one that doesn’t revolve around Andy’s life. Woody is central to the plot now and we’ll see what the future has in store for him.

Starring Himesh Patel, Yesterday shows us a world where one day everyone forgets about the Beatles. The band and their music completely disappear, but one man remembers everything about them. He starts playing their music and quickly becomes famous. This is a super interesting concept, especially if you’re a Beatles fan. Definitely one of the most original movies coming out this summer.

Starring Tom Holland and Jake Gyllenhaal, Spider-Man: Far from Home takes place after the events of Avengers: Endgame. Peter Parker takes a Euro trip with his school and when everything seems like it’s back to normal, he’s recruited by Nick Fury for an important mission. I love Tom Holland as Spidey, but Homecoming was a little slow (classic origin story). I hope we get treated to a lot more web-slinging action this time around. 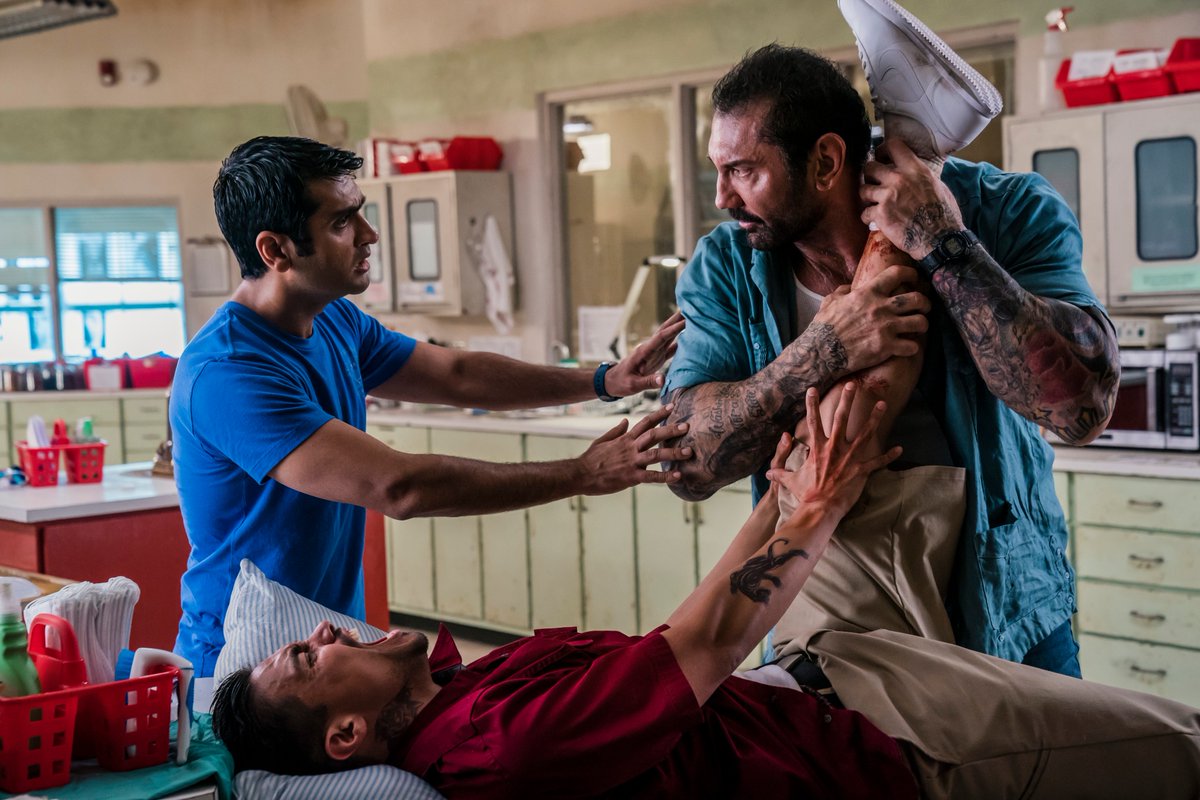 Starring Kumail Nanjiani, Stuber follows a normal everyday Uber driver named Stu (ah, now the title makes sense) who gets more than he bargained for when his next passenger is a grizzled detective working a case. It’s about time someone made a movie with a strong focus on Uber. I’m kind of surprised it hasn’t happened sooner.

Starring Donald Glover and Beyoncé, The Lion King is a remake of one of Disney’s most memorable movies. The creators have been incredibly faithful to the original with this one. Everything looks identical, except the ultra-modern 3D animation. The original is my childhood favourite, and with such a star-studded cast, I wouldn’t be surprised if this remake turns out to be even better.

Once Upon A Time in Hollywood | July 26

Starring Leonardo DiCaprio and Brad Pitt, Once Upon a Time in Hollywood is Quentin Tarantino’s ninth film. The plot follows a TV actor, and his stunt double, as they seek fame in the film industry during the end of Hollywood’s golden age. Time to find out if Tarantino’s still got “it”.

Starring Maisie Williams and Charlie Heaton, The New Mutants is a superhero horror film set in the X-Men universe. The story follows five teenage mutants who are held captive in a secret facility. They’re tortured by various physical and psychological tests and must escape together to regain their freedom. I’m a big fan of superhero movies and horror movies, but I never thought of combining the two together. I’m eager to see how this will turn out.

Scary Stories to Tell in the Dark | Aug. 9

Starring Dean Norris and Lorraine Toussaint, Scary Stories to Tell in the Dark is based on a series of children’s horror books. A group of teenagers explore a scary house and find a strange book that was written by a young girl who first lived there. The stories in the book are evil and reading them has horrible consequences. I have to say, this movie looks like it might be legitimately terrifying. Definitely bringing a friend with me for this one!

Starring Jacob Tremblay, Good Boys is a raunchy comedy akin to Superbad, but with 12 year-olds instead of high school teenagers. A group of friends get invited to their first “kissing party” and as the boys try to learn how to kiss, they inadvertently embark on a wild adventure. I know movies like this aren’t for everyone, but I feel like there’s a serious lack of dumb, goofy comedies lately. Sometimes it’s nice to turn your brain off and have a laugh with your buddies. Starring Gerard Butler, Angel Has Fallen is the third installment in the Olympus Has Fallen series. Secret Service agent Mike Banning is framed for an assassination attempt on the U.S. President. Labelled a traitor by his own agency, he has to race against time to uncover the real terrorist threat while attempting to clear his name. If you’re like me and loved the first two movies in the series, you have to close out the summer with this one!

Looking for some other fun activities to do over the break? Check out new things to do in Toronto this summer.